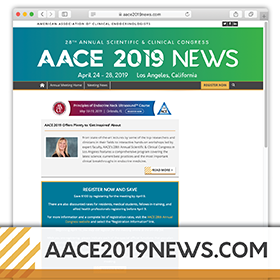 Physician Organization Names Alabama Endocrinologist to Board of Directors


JACKSONVILLE, Fla. (May 3, 2019) – W. Timothy Garvey, MD, FACE, was elected Secretary of the American Association of Endocrinologists (AACE) at its 28th Annual Scientific & Clinical Congress in Los Angeles this month. As Secretary, Dr. Garvey will participate as an officer of AACE’s Board of Directors for the 2019-2020 term. He has been a member of the Board of Directors since 2018.

Dr. Garvey obtained his medical degree from St. Louis University. After completing his residency in internal medicine at Barnes Hospital, Washington University, he was a clinical fellow in endocrinology and metabolism at the University of Colorado Health Sciences Center and University of California, San Diego School of Medicine.

In 2004, Dr. Garvey began working at the University of Alabama at Birmingham, where he is a Professor of Medicine in the Department of Nutrition Sciences. He is also Principal Investigator and Director of the UAB Diabetes Research Center. Since 1987, he has directed an independent laboratory supported by the National Institutes of Health, the Department of Veterans Affairs and other agencies. His research in insulin resistance, type 2 diabetes and obesity has achieved international recognition.

AACE is the world’s largest organization that represents clinical endocrinologists, with over 7,000+ members in the United States and 97 other countries.