Objective : To present a rare tumor that should be included in the differential for a large incidentally-found adrenal mass.

Methods : Review of patient records and pertinent literature on Pubmed

Results : A 40-year-old male was referred for evaluation of an incidental left adrenal mass. The patient had undergone MRI to further evaluate a hepatic lesion that was determined to be a hemangioma. MRI demonstrated a 4 cm left adrenal mass of ‘indeterminate nature’. CT imaging showed a 4.8 cm left adrenal mass of intermediate attenuation, with delayed phase imaging inconsistent with a lipid-rich adenoma. The right adrenal gland was normal. Patient reported chronic abdominal pain of unclear etiology, with intermittent episodes of diaphoresis and diarrhea over years. His weight was stable. He was not hypertensive. Plasma metanephrines were normal (55 pg/mL, nl 0-62) and normetanephrines were elevated (201 pg/mL, nl 0-145). 24-hour urine fractionated catecholamines and metanephrines were within normal limits. His cortisol appropriately suppressed to < 1 mcg/dL after dexamethasone given the prior evening. Total testosterone was normal at 412 ng/dL (nl 264-916). Given the lesion’s size and atypical appearance, surgical excision was recommended. He underwent a laparoscopic left adrenalectomy, with final pathology demonstrating a 7 cm ganglioneuroma involving the left adrenal gland.

The differential for a large incidentally-discovered unilateral solid adrenal mass includes adrenal carcinoma, benign adenoma, pheochromocytoma, myelolipoma and ganglioneuroma (GN). GNs are benign, often asymptomatic tumors that originate from the neural crest. They may arise anywhere along the sympathetic chain. GNs are grouped among the peripheral neuroblastic tumors which also include malignant neuroblastoma. GNs are commonly located in the retroperitoneal space, posterior mediastinum, and occasionally the adrenal medulla. Adrenal GNs occur most frequently in the fourth and fifth decades of life, whereas other GNs tend to occur in a younger age group. These tumors are often found incidentally as they tend to be hormonally silent and asymptomatic. Up to 30% of patients with GNs may have elevated plasma and urinary catecholamine levels, but without exhibiting any symptoms of catecholamine excess. Ultimately, surgery with laparoscopic adrenalectomy constitutes the gold standard for the treatment of primary adrenal GNs. Postoperatively, there is no need for adjuvant treatment and the overall prognosis is excellent.

Though uncommon, adrenal ganglioneuromas must be included in the differential for a large incidentally-discovered adrenal mass. 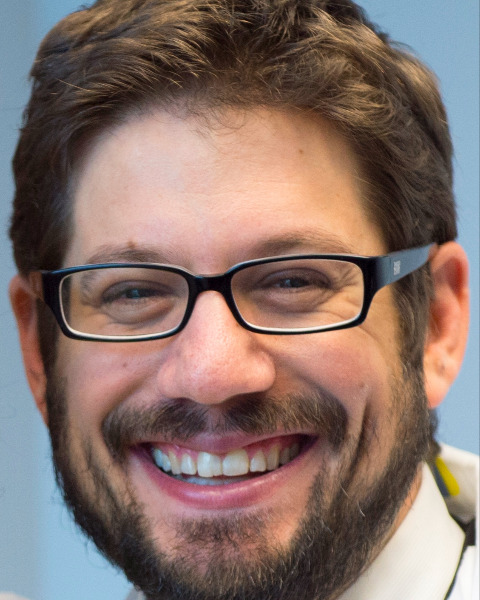 David C. Lieb, MD, FACE, FACP is an Associate Professor of Medicine and Program Director of the Endocrinology Fellowship at Eastern Virginia Medical School in Norfolk, Virginia. He graduated from the University of Virginia School of Medicine in 2003, and completed his internship and residency at the Oregon Health and Sciences University in Portland, Oregon. He returned to the University of Virginia for his endocrinology fellowship training, and joined the faculty at EVMS in 2009. His clinical and research interests include the treatment of type 1 and type 2 diabetes, as well as the management of thyroid disease and thyroid cancer.

Dr. Lieb currently serves as the Vice Chair for the Education Oversight Committee of the American Association of Clinical Endocrinologists, and is a member of their Annual Meeting Clinical Congress Program Committee. He has been named as a Top Doctor by Coastal Virginia Magazine, and received the EVMS Faculty Award for Community Service in 2017. He is a member of the Alpha Omega Alpha Medical Honor Society, and was named a Health Care Hero for his endocrine patient care by Inside Business in 2018.